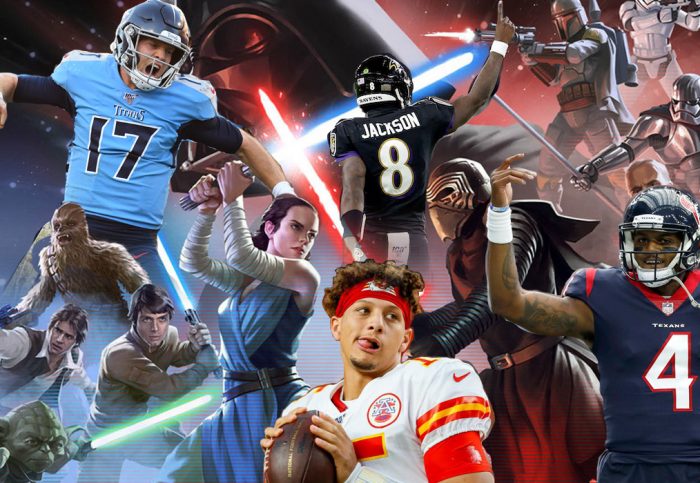 Ok. So. Last week didn’t really pan out how I projected and I put up a mighty goose-egg for the wild card round.  Who would have guessed that Kirk Cousins would finally emerge from his cocoon into a beautiful butterfly? Not me.  And definitely not you. But I digress!

We decided to switch it up this week and exchange conferences. I will be doing the AFC and Adam will be coming later with the NFC picks.  Sounds like the Headrush crew is dialed in exactly where we need to be in order to come up with some frothy Divisional Round predictions!

There are a lot of things at play here.  The Ravens have won 12 straight games going into the playoffs and were blowing the doors off of people while they were at it.  Strangely, their last loss came to the Cleveland Browns in late September.  They lost by 15.  How silly is that?

The Ravens did end up playing, and beating, the Browns more recently, so it’s not like we can attribute that anomaly to anything — but it does show that almost everything hinges on Lamar Jackson (super obvious).  He threw 2 picks in their loss to Cleveland and only threw for 247 yards.  If anyone has played fantasy against someone starting Lamar Jackson, you and I both know, that’s a mediocre day for him.

Pair that thought with the memory of Jackson’s only playoff appearance where he had 25 passing yards in the first 3 quarters and there were calls to have him get benched for…. JOE FLACCO.  Man, things change so much over the course of a year.

Now that I’m done playing devil’s advocate, I will note that Jackson ended up with 169 yards and 2 TDs in the 4th quarter of that game and nearly led a come back over the Chargers for his first playoff win. He was literally transforming in that game into an elite talent and I expect a whole bunch of the same.

The Ravens will win, but the nearly 10-point spread is what makes this pick hard.  If the Ravens get ahead early, the Titans are likely to abandon their best weapon, Derrick Henry, and sink further into a hole.  The patience and game-planning of Mike Vrabel will dictate how close of a game this is.  My gut tells me that anyone capable of irritating and out-coaching Bill Belichick has some wits about them to keep the game close.  Just watch that video and relish in his anger.

Is it possible for two underdogs to cover?  Well… maybe.  The Texans did play and beat the Chiefs earlier in the season, but a lot has changed since the week 6 matchup.

For starters, the defensive line and linebackers for the Chiefs looked much different.  They had a plethora of defensive players out due to injury and the Texans ran for 192 yards! Almost everyone hurt in that game is back and they have added another veteran in Terrell Suggs now.

Patrick Mahomes was recovering/playing-through his ankle injury.  Sammy Watkins did not play in their earlier game and Tyreek Hill had just returned from his injury.

Add all of those players at their prime — combined with a bye week to rest, Damien Williams healthy, and Andy Reid’s record when coming off of a bye.  AND they’re at home.

I don’t think there’s much Deshaun Watson can do to bail out the Texans in this game.  I think the Chiefs will more than cover.