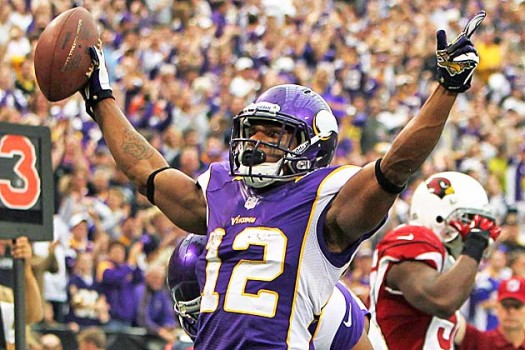 Can you imagine if a team like the Jets had traded a first and seventh round pick in this year’s draft and a third round pick in next year’s draft for a wide receiver, and then gave that player a 5 year contract worth 25.5 million dollars in guaranteed money AND THEN it turned out that player had to have hip surgery and was out for–possibly–the entire season?

But instead, we get….crickets. From CBSSports “Obviously, this is bad news for the Seahawks.” Obviously.

From ESPN “The loss of Harvin is significant, but not a huge setback for a team that relies on the legs of Marshawn Lynch and timely passing of Russell Wilson to drive its offense.” OK…so if it’s not a setback then why did they trade a 1, 3, and 7 for him, and give him a huge contract?

Harvin, at best, will miss 12 to 16 weeks. This is a guy who couldn’t get on the field because of migraines. You think he is going to jump back immediately when he is cleared from hip surgery?  Doubtful.

So let’s call this trade what it is: Bad.

Seattle: You got fleeced.