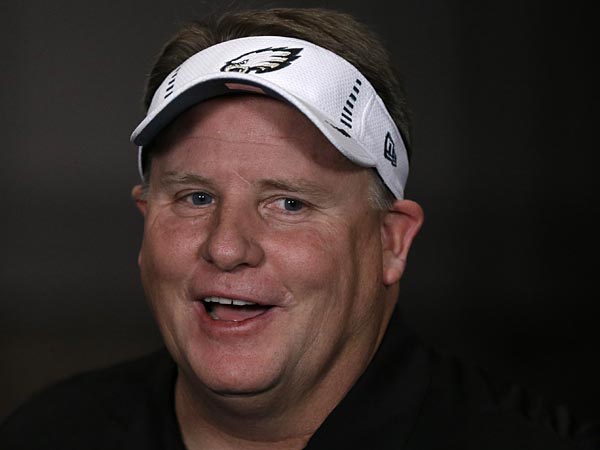 The Shady McCoy trade was a great example of a trade that seems to help both teams. Buffalo most definitely improves in the short term and the Eagles would seem to benefit more down the road. The trade also cannot be viewed as simply a player for player swap as an astute reader of the Headrush pointed out that the trade is Kiko and 10 million dollars in cap space for Shady–so it is really Kiko and whoever the Eagles sign in free agency for McCoy.

However, what I don’t like about the trade is that it looks like Chip Kelly is clearly in control of both coaching and personnel moves for the Eagles. This would scare me if I were an Eagles fan because I don’t think Chip has done enough in his brief tenure to have earned that power. He has only made the playoffs once and, save for the first game the system was implemented against the Redskins, the league has seemed to caught up with his up-tempo offense.

He also seems to be incredibly stubborn when it comes to getting rid of talented players. Desean Jackson would’ve helped the team last year. Shady would’ve helped the team this year. And for some reason, he doesn’t seem to like Nick Foles. It seems like instead of simply wanting to win, Kelly wants to win and get all the credit for being the mastermind behind the team’s success.

And I will say this, for a coach who seems to believe in player nutrition–smoothies! Fruits! Vegetables! No more junk food!–as part of his revolutionary ‘system’ shouldn’t he be buying into the program himself? It can’t be easy to have to hear about nutrition in the Eagles team meetings from a guy who looks like an avocado.

Anyway, getting back to the topic, if the Eagles sign a guy like Mark Ingram or CJ Spiller for $3-5 million, then can sign 1-2 other players with the remaining money, I think that the trade looks better for the Eagles. If, however, they waste the money on some more Oregon scrubs, well, than I think they are the clear losers in the deal.

Good God! It’s night and day! In 2014, two freaking Raiders made the top 10, that’s how weak that free agency class was. This year, holy smokes, it is LOADED.

Now, granted, some of those names in the top 10 received the franchise tag already, but 10-25 looks even better than the top ten from last year. Needless to say, this is the year to have all the monies.

People get on Kiper and McShay all the time for the stupidity of their Mock Drafts but is there anything stupider on ESPN (talent excluded) than Bracketology? I mean, “Joey Brackets” has to have the eaiest job in the world. Just look at the rankings, factor in strength of schedule aaaaaand your done. In fact, his job gets easier once all the conference tournaments are done and half the field is set, so I’m not even sure what he does all day. Look at rankings, look at strength of schedule, go back to sleep.

Album of the week

Last week, I talked about how the women were rocking it this year, so this week’s album will dip into last year and be very male centric as it’s Tomorrow’s Hits by The Men. Not only is the album lean and mean at 8 tracks (which a lot of albums are trending towards these days) but I watched a video of them on the AV Club and the bass player looked like Fat Mac from It’s Always Sunny in Philadelphia. So definite bonus points for that.