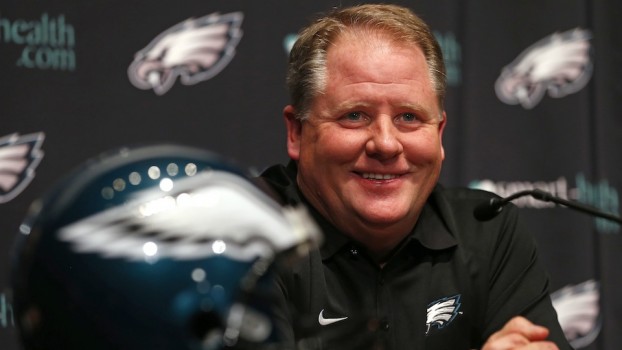 Chip Kelly Proves NFL Players are Out of Shape

Did you guys hear how well Chip Kelly’s up-tempo offense did on Monday night?  I sure did. About a zillion times. But you know what? All that it proves to me is that NFL players are out of shape.

Seriously. If you can’t handle running for 5 seconds every 40 seconds, then that is a damn shame. In fact, football games only feature 11 minutes of actual action during the course of a game. If everything played out equally, that means defenses are on the field for about 5.5 minutes a game. Break it down again and individual defenses are on the field for 2.75 minutes A GAME. HOW IN THE WORLD CAN YOU BE TIRED FROM THAT?

Come on NFL players, lets do some distance running, shall we?

Also, how come nobody is talking about how this high powered offense only scored 7 points in the second half? Could it be that the Redskins figured out this complex scheme pretty quickly? I say yes. For all the love Chip Kelly’s team is getting, it seems to be lost that his team only won the game by six points.

Eagles fans have a tendency to blow things out of proportion (shocking, I know). So this week, on the Delaware Park Parlay card, I like the following: