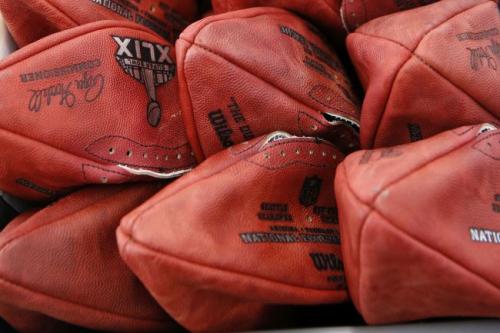 Has Deflate Gate peaked? Peaked? Let me tell you something. It hasn’t even begun to peak. And when it does peak, you’ll know. Because it’s gonna peak so hard that everybody in Philadelphia is gonna feel it.

For real, for real. I think my favorite part of deflate gate so far, besides all the snickers whenever people refer to how Brady likes his balls, is Mark Brunell trying hard not to cry or jump through the TV cameras to strangle Tom Brady over his response to the whole situation yesterday. Brunell looked seriously distraught over the fact that Tom Brady–who is pretty much the definition of an asshole–would be so cavalier about the whole situation.

Here is a (fake) and brief transcript of his response:

Brunell (pointing a pen at the TV like a bayonet): Let me tell you something Trey, when I played football…I inspected every ball on the sideline. Every ball that was going to be used in the game, every time. Without fail. And if Tom Brady is going to sit there and he is going to tell me that he didn’t know if the balls were properly inflated…well, once upon a time, he might have been considered the greatest QB in the history of the NFL, but NOT NOW. (starts weeping uncontrollably).

My personal opinion? Meh. Of course they cheated. This is the Patriots we’re talking about here. A team that hasn’t won the Super Bowl since getting busted for videotaping the other team’s signals. And Tom Brady? He’s a penis, so of course I think that fool did everything in his power to deflate the footballs.

Honestly, anyone that has ever thrown or caught a football knows that it is easier to do when it is deflated, and if it didn’t give the Patriots an advantage, then they wouldn’t have done it in the first place. So yes, I think they cheated. But whatever. The Patriots vs. the Seahawks is the best possible matchup for someone like me–someone who stopped caring about the outcome of football games once my Fantasy season ended. Admit they cheated, but also admit that Seahawks vs. Patriots > Seahawks vs. any other AFC team (besides the Raiders of course!)

Album pick of the week: My new year’s resolution has been to listen to more music and go to more concerts this year and as such, if I start to do this column on a regular basis again–which I really want too but am making no promises–the album pick of the week is going to be a mainstay.

This week’s pick is HEAL by Strand of Oaks. Holy (highly inflated) balls! What a great CD! I can’t stop listening to it. Right from the get go, Goshen ’97 kicks serious ass and the album doesn’t let up after that. I also saw the dude play live on youtube and he was using a Fender blacktop telecaster which is like $400 and makes him even more cooler in my book–I always love when bands use cheap guitars for some reason.

Anyway, if you haven’t checked it out, do yourself a favor and pick it up!

Until next time, enjoy watching Stephen A Smith and Skip Bayless spit all over each other discussing balls everyone!