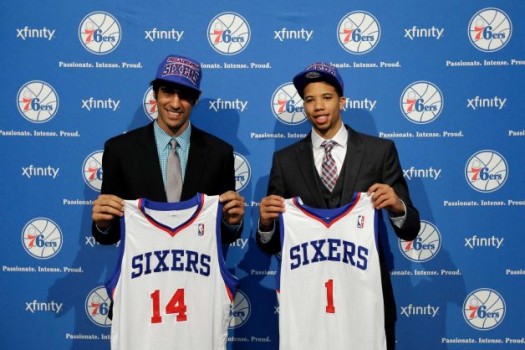 The NBA draft played a huge role in shaping the 2013-14 76ers, and one of the most entertaining prospects we acquired during that period is Iranian-born Arsalan Kazemi. Originally drafted by the Washington Wizards, he was traded to the Sixers and has sort of played to the Philadelphia fan-base since arriving.

Question for my friends in Philadelphia, which one? pic.twitter.com/kRVrMs7Oee

So, while we await the start of the season, gaze at his dunk reel in awe.