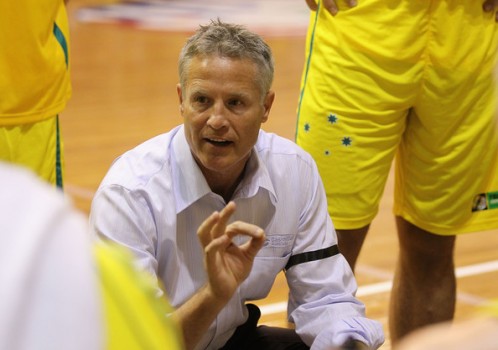 What is going on with the Sixers?? In one day, the 76ers organization traded their 23-year old All-Star point guard away, named a head coach, and received one of the most sought-after centers in the 2013 NBA Draft.

Brett Brown was the Spur assistant coach and served under Greg Popovich for almost a decade. He also coached the 2012 Australian Olympic basketball team. I know absolutely nothing else about him. I’ll wait a few days to let this sink in and form my opinion, but if he’s anything like Pop, I’m on board.

Jrue Holiday was traded in the first round of this year’s draft for Noel Nerlens and a first-round 2014 pick. They followed that by drafting 6’6″ point-guard Michael Carter-Williams as the 11th pick, to whom I also know very little about.

This is a huge day for the 76ers and for new general manager Sam Hinkie. It shakes up the team quite a bit and it really leaves some pretty big question marks around the team.

The first that comes to mind… can we start building a team around people without huge question marks surrounding their health?

Noel Nerlens is coming off of an ACL injury which tends to be pretty disastrous for an NBA athlete. We traded away our only All-Star, a very young one at that, for a center that may have injury problems for his entire career. If it works out, great, but like that Bynum trade, this move can look really foolish in retrospect.

That also makes me believe that the chances of resigning Bynum have dwindled to nothing. This pleases me. Maybe for good measure we can give him a huge deal, though, and have two centers with knee problems.

Sam Hinkie has made some interesting moves in his short span as GM and they do not follow the conservative route. I guess I’m happy about that. The 2013 April team looks nothing like the team now and he’s probably going to make a lot more moves before the season starts. Something had to be done.

Let’s just see how it pans out. Btw, if you search the site for Doug Collins, you’ll find a post written by Adam from 3 years ago when Doug Collins was hired. Scary.