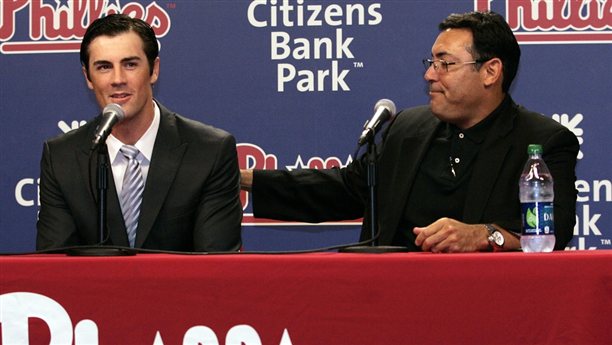 Without cable, if I want to watch TV in the morning or in the afternoon after work, I am usually forced to watch the local news. Which sucks. And is depressing. EXCEPT for the fact that Philly’s ABC sports anchor is named Ducis (pronounced ‘Deuces’) Rodgers. That is a great name. And I felt it was appropriate to start off with that in light of Randy posting the Anchorman 2 trailer (which looks awesome).

I wanted to do a track by track iTunes review for Kanye’s new album, but I couldn’t do it. Listening to Kanye just fills me with an unexplained rage. The guy is the world’s biggest D-Bag, and I just can’t take him. So screw it.

Speaking of music, the early favorite for my summer album of 2013 is….wait for it….RUBBER SOUL by the Beatles!

Now, I know what you’re thinking. That album came out YEARS ago, which is true, but I have never been able to appreciate the Beatles and so for me, listening to them is a brand new experience.

I’ve got to say though, for being some lover boy types, the Beatles do sure write a lot of disturbing songs about women. That song ‘Run for your Life’ is psychotic. “You better run for you life if you can, little girl. Hide your head in the sand, little girl. Catch you with another man, that’s the end…little girl.” Alrighty then.

The first 6 tracks on Rubber Soul are great. In fact, the only two tracks that I don’t really like are ‘Michelle’ which is almost unbearable and ‘Girl’ which IS unbearable–I think the song would be OK if it weren’t for the sighing.

Good for the Heat winning the title (as was predicted here), and even better for the Blackhawks–who I think have the sweetest jerseys around.

And all this news about the Phillies possibly blowing up their team and trading their stars would make me happy if it weren’t for one small detail: Ruben Amaro Jr. is going to be making the trades! I bet all the other GM’s are just lining up to fleece that sucker. He is the worst.

And if you haven’t seen it yet, be sure to check out ‘This is the End.’ It’s good stuff (especially Danny McBride and Craig Robinson. Holy crap, they steal the show).

That’s all I got. Until next time…. 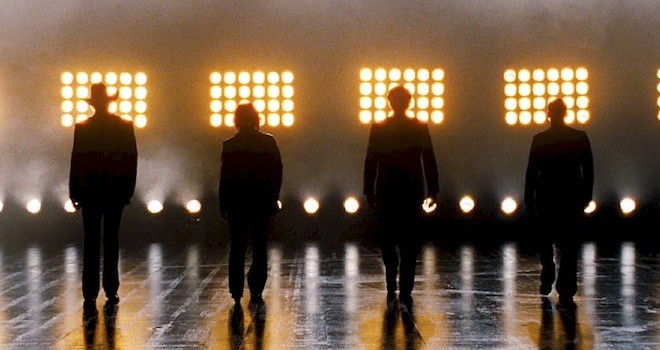 The Anchorman 2 trailer is out…. 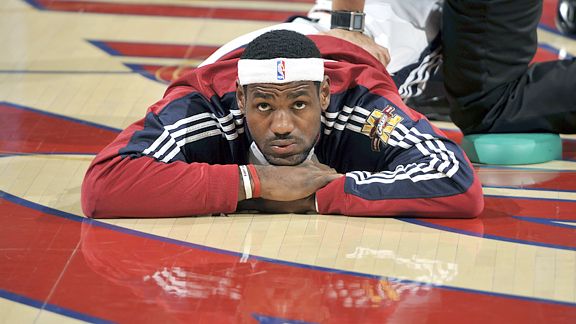 An NBA Finals Prediction and Kanye/Lebron

If we could all just calm down for one second, I must rain on this parade: The Heat are still going to beat the Spurs in 7.

The narrative: Lebron, pushed to the brink of elimination, forges his team through the fires of Mt. Doom and attains his second ring. Is he as good as Michael? Is he the Kanye West (or should I say, the Steve Jobs) of the NBA? Can the Heat be beat in a 7 game series?

Two things are clear to me as I watch this series unfold: 1.) The Spurs go on ridiculous hot and cold streaks. 2.) When Lebron, Wade and Bosh are on, they can’t be stopped.

Playing these last two games at home, I fully expect Lebron and Co. to come out and dominate. They will win game 6 by 7, and win game 7 by 6. Confused? Me too. Mark it 8 dude.

Also, I hate Lebron. I cannot stand him. I don’t care if everyone tells me I should appreciate the guy for how amazing he is at basketball, he seems like a punk. So does Wade, and Bosh is just ridiculously laughable.

Perhaps Lebron is like Kanye. Great at what he does, but utterly un-likeable and therefore, very hard for me to appreciate or take seriously.

(Quick tangent: In one of his new songs, “Black Skinhead,” Kanye says that he “keep it 300, like the Romans.” Do you think he even watched the movie? Gah. That’s annoying. If you’re going to reference something, at least get the reference right.)

Anyway, I’m rambling, but take it to the bank: The Heat are winning this series in 7. 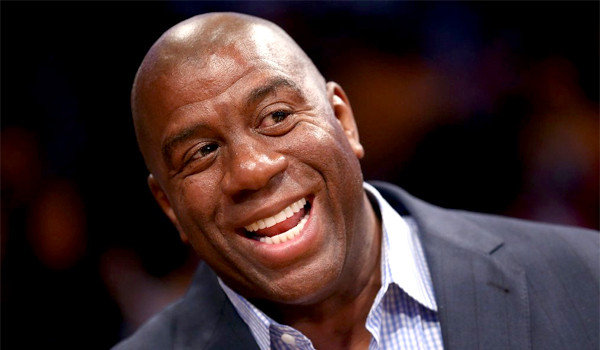 Back On The Magic Johnson Hate Train

A few nights a week, I actually have some time to myself to sit and enjoy the Phillies game, read some sports blogs, and read some Tweets. If you don’t already know, I loathe Magic Johnson. I hate how everyone sucks up to him. I hate his analysis of basketball. I really hate his Tweets.

It’s usually just some all-too-obvious critiques, so you can imagine the onslaught from last night’s blowout by the Spurs.

The Spurs were dominant against the Heat on both offense and defense in Game 3. #NBAFinals

Really? Ya don’t say. Usually when a team wins by 36 points they tend to have both sides of the ball locked up. Thanks for pointing this out a full day after the game.

Not so surprising, if you read EVERY response to that particular Tweet, they are filled with about the same hate and animosity that I feel.

The real question is: If I hate this man so much… why do I follow him on Twitter? 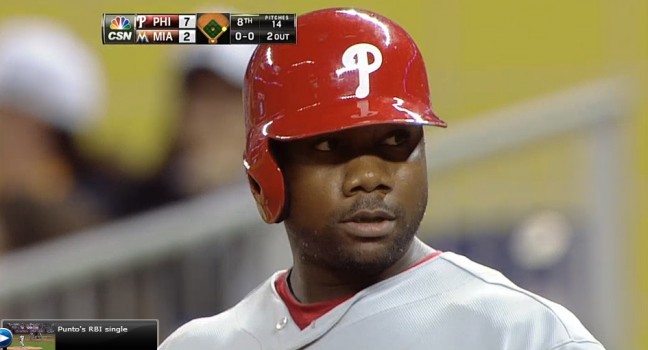 Are They Who We Thought They Were?

Fresh off the longest win-streak of the 2013 season, the Philadelphia Phillies are back at .500 (30-30) which leaves a very important question to be asked: Who are these guys?

I don’t know. Charlie Manuel doesn’t know. Ruben Amaro Jr. definitely doesn’t know. In the not so distant future, the front office of this ball club is going to have to make a definite move that shapes the remainder of the season.

Certainly, Domonic Brown is having the best season of his career. Leading the national league in home runs, being named the NL Player of the Month, and earning the NL Player of the Week award back-to-back are all incredibly positive feats that can offer hope for this ball club.

Roy Halladay gave more hopeful news in his press conference this week, alluding to the fact that he will return this season and his surgery went successfully as expected. Doc even noted that his range of motion, even a mere week after the surgery, is better than it has been in years. All signs point to him returning to the lineup this summer, possibly healthier than he’s ever been in a Phillies uniform.

Howard, Utley, and Ruiz were all playing at the start of this season, but have had their own obstacles to overcome. Howard has been consistent, but below average, in his offensive output and would even tell you himself that he’s not living up to his potential. Utley and Ruiz have both been riddled with injuries that leave question marks around their contributions come “make-a-run” time, if that ever happens.

Which leads to the less-desired question that the Phillies front-office will have to answer: Is it time to abandon ship?

Up until 4 days ago, the Phillies looked all but doomed. Michael and Delmon Young have just not lived up to the expectations we had going into this season. Michael Young is second in the league for GIDP and boasts a meager 10 RBIs. Their defense has definitely been the major reason for their playing time.

No one expected Cole Hamel’s record to be 2-9 at this point, but our offense (and his pitching in some cases) has been less than consistent. Cliff Lee trade rumors have been coming out of the wood-works. Lee, when questioned on whether he thinks he will get traded or not, even admitted that he thought it was likely. He certainly stands as the most valuable commodity the organization has, and if they decide to pump the brakes for this season, consider him gone.

That’s what it really all boils down to for this club. The consistency just simply hasn’t been there. Winning spurts like the one we are currently in (knocks on wood) are few and far between. The losses have been just too discouraging at times. The next month is going to be pivotal. The hump of .500 has finally been conquered, but all too often do I hear the phrase “gain some momentum” being used without any follow through. 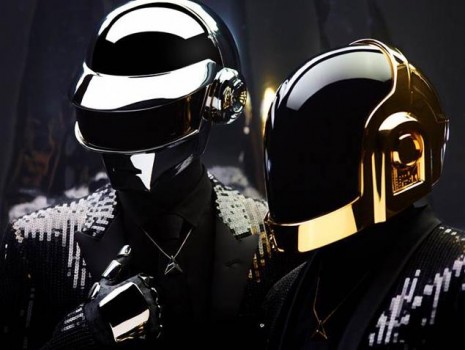 When I go to buy a song or a CD, I usually don’t listen to the whole thing. Instead, I just head over to iTunes and check out their 1:30 music clips. Sometimes, this works out OK, other times, it certainly does not–as the 1:30 clip I listened to was fantastic, but the other 3 minutes of the song were garbage (And yes, I am aware that there are better ways to listen to songs on the internet, but I can get kind of stuck in my ways, ya know?)

Since I just read the Daft Punk article in the new issue of Rolling Stone and since Big B told me that I had to check it out, what better time than now to do a little iTunes track by track album review, eh?

Just to give you the judging criteria–if you couldn’t figure it out–thumbs up is good, thumbs middle is meh, and thumbs down is bad.

We’re off to a good start, with a nice and easy breezy track, enhanced by thick syrupy synth rises and a catchy hook. Good stuff.

This is the kind of song that gets forgotten on albums and then when you go back and listen to them you think, ‘Why did they put that on there again?’

I hate when dance groups (or any groups really) put music behind someone talking. It just seems lazy to me. I didn’t but this album to hear an interview darn it! Now, this song is 9 minutes long so chances are this fool doesn’t talk through the whole thing, but if he does: Thumbs DOWN.

Man, I dunno about this. This almost got the old thumbs down. ‘There are so many things that I don’t understand. There’s a world within me that I cannot explain. Many rooms to explore but the doors look the same. I am lost, I can’t even remember my name.’ Besides the bolded line, those lyrics are bad.

Finally. Man, this album was starting to get depressing. Look, when the guy from the Strokes needs to come in to liven things up, you know its getting morose. And I’m not even sure this song is happy but at least it’s upbeat!

6.) Lose Yourself to Dance feat. Pharrell Williams (Thumbs Up)

I’m not a huge Pharrell Williams fan, but I’ve gotta give him credit on this song. That’s two upbeat songs in a row. We’re getting into the album now!

Again, this song is 8 minutes long so I can’t really judge the whole song, but this 1:30 clip is pretty turrible. It sounds like a damn Styx reject song (not that that is necessarily a bad thing but…wait a minute, yes. Yes that is a bad thing).

Pharrell, winning me over. This song is even better than the last one that he guested on!

Close your eyes….and RISE! Where are we going? To the land of love, beyond love. That’s where! How could anyone hate on that?

Cool strings and flutes made me feel like I was watching that guy’s solo performance in the Big Lebowski.

Keep on bringing back those fragments of time, Todd Edwards!

Best song on the album thus far–and since there is only one song left, I’ll just declare it the best song of the album.

Whooo boy, did I almost speak too soon. Contact gives Doin’ It Right a run for its money, but I still think I prefer the former to the latter. But this is what electronic pop music should be. Fun, upbeat, synthed out to the MAX! This is how every album should end.

So yeah, it looks like the album is all that it’s cracked up to be. A little slow at the beginning, but once it gets cranking, watch out cause it starts moving! I would definitely recommend checking it out.