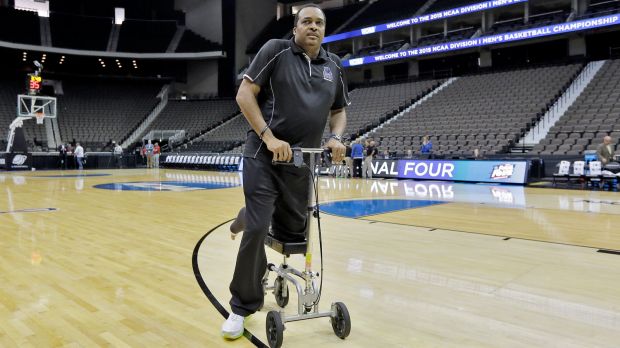 1.) Holy smokes, what a great start to the NCAA tournament. I’ve got to say, this weekend is hands down the best weekend in sports in my book. Basketball games galore, each filled with drama and so far, almost every one has come down to the last possession. Is there anything better than watching a team like Northeastern put up a great fight against a big school like Notre Dame only to have their players all suddenly experience synchronized brain meltdowns and turn the ball over on the last possession?

Or how about Georgia State beating Baylor on a last second three (by the freaking coaches son, no less) causing the coach to spas out and fall off his chair? Seriously. There is no better time in sports than right now. March madness rules.

**I just double checked and Missouri was actually a number 2 seed and it was in 2012 so…yeah. My memory’s not the best.**

3.) Of all the Sportscaster anchors, John Buccigross is EASILY the most annoying when it comes to recaps. He does this little Minnie Mouse voice that just irks the hell out of me at 5 o’clock in the morning. “Russell Westbrook drives to the hoop (goes up 27 octaves to the Minnie Mouse voice) and he makes a ridiculous dunk!” Goodness. Please. Go. Away.

4.) 49ers linebacker Chris Borland retired earlier this week causing all sorts of pandemonium with NFL apologists. Mike Florio from Profootballtalk sent out a hilarious series of tweets about how “Americans routinely assume far greater physical risks for far less money and fame than the risk/reward of playing in the NFL” some examples of things he gave were “riding motorcycles without helmets, jumping out of airplanes, climbing rock walls, working as police officers, firefighters.” He also listed soccer as a sport where people are subjected to as much head trauma as football which is funny because growing up, football players would refer to soccer as a sport for sissies but now they are forced to use it as an argument to help support their game. Weird.

But of course the ultimate drop the mic moment came when someone tweeted to him: “As someone who actually did take that risk for his country, I’d appreciate you not using my dead friends for leverage here” to which he responded: “And I had an uncle who was decapitated in a coal mine. The truth is the truth.”

The bottom line is that the Borland retirement has to worry the NFL because he was an up and coming player who would make like 25 tackles a game. He seemed like the perfect replacement for Patrick Willis but he is now going to retire after only one season because of concerns over his long term health. People who love the NFL will respond similar to Florio, saying that there are thousands of guys who would give their left nut to play in the NFL and who can replace Borland. The only problem with that argument is that those guys probably suck and when the NFL loses good players over injury concerns and replaces them with bad players who love the game but can’t play, well, then the NFL becomes the XFL.

5.) Speaking of the NFL, shout out to commenter “Papa Bear” for calling me out on my 5-11 Eagles season prediction. Is it way to early to make these sorts of statements? Of course! But if I can’t use my jump to conclusions mat on this blog, then where else can I use it?

6.) Album of the week is “Man if Feels like Space Again” by Pond. The album sounds like a young Flaming Lips mixed with Tame Impala. Check it out cause it is pretty awesome (especially “Outside is the Right Side” and “Zond.”)

Enjoy the games everyone!